The Super Sprint distance is the “can do” triathlon. Race in a supportive atmosphere amongst other like minded people and become part of the thrill and excitement of triathlon whilst gaining the absolute joy and pride that comes with accomplishing a personal goal.

Flippers will be permitted for this event, but medals will not be awarded to these entrants.

A 1 lap course which sees competitors head out to the end of Cape Solander, turning around, and then through the flats of Captain Cook Drive and left at Sir Joseph Banks Drive. 200m down this stretch will be the second Super Sprint turn.

1 lap of a circuit on grass and sealed paths around the National Park, passing by the landing site of Captain Cook.

* +$3.50 Day Licence if any team member/s is not a Triathlon Australia Member 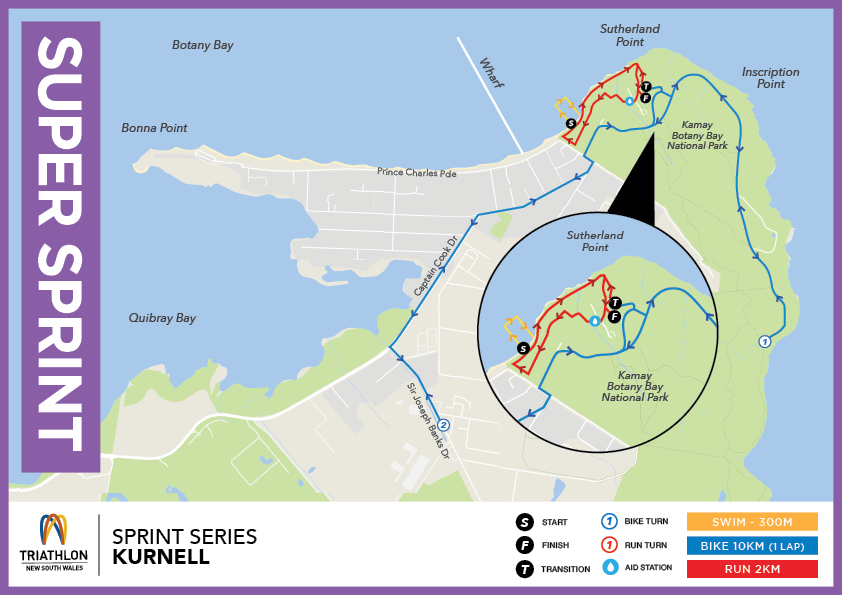 Subject to change without notice

We try our best to give each participant the best possible sporting event experience.

Here is a list of the benefits that you will receive with you Event entry:

For the Elite Energizer